Home » Blog About Estate Planning » What happens to property when there is no will as per the estate planning attorney?

What happens to property when there is no will as per the estate planning attorney? 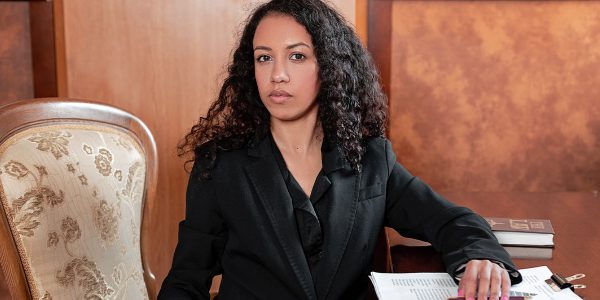 A person is considered to have died intestate if they pass away without leaving a will; in this case, their assets, including their bank accounts, real estate, shares, and other holdings, will distribute by the state’s intestacy rules. Real estate purchased in a form other than the one in which the decedent resided will be treated by that state’s intestacy laws. Then, what happens to the property when there is no will in estate planning?

Whether a person was single, married, or had children will influence the intestate succession laws in different ways. When a person passes away without leaving a will, their estate is typically split among their heirs, who may include their surviving spouse, uncle, aunt, parents, nieces, nephews, and other distant relatives. However, if no heirs step forward to claim their share of the estate, the state inherits the entire estate.

Who Is the Executor or Personal Representative in estate planning?

State laws specify a list of individuals who qualify to serve as executors without a will. If a probate court case is required, the court will select a person from that priority list. Most states prefer the surviving spouse or registered domestic partner, if any. Then, more family members are typically listed, followed by adult children. Should You Accept the Role of Executor to Settle an Estate? It can be found if you have been selected as an estate executor.

The Fundamentals of Intestate Succession in estate planning: Who Gets What?

Every state has laws that specify what happens to assets when a person passes away without a valid will, and no other provisions were made for the property’s disposition (such as in a living trust). For example, under intestate succession laws, unmarried partners, friends, and charity typically receive nothing; only spouses, registered domestic partners, and blood relatives can inherit.

A person will consider the surviving spouse if they have legally married the deceased at the time of death. This will clear who has married and who hasn’t. However, not always divorce proceedings are ongoing.

Common-law unions have only legal in a select few states. In this case, a man and a woman who never went through a marriage ceremony can be legally married under certain circumstances. Commonly, a couple can only establish a common-law marriage if they cohabit to live together.

In all states, legally adopted children inherit from their adoptive parents just like biological children do in the absence of a will or other estate plan.

Most states do not define stepchildren, or children of the deceased person’s spouse who had never formally adopted by the dead person, as children for inheritance purposes. However, in some places, it might depend on how the relationship had structured.

In most states, giving a kid up for adoption legally ends their relationship with their biological parents. By intestate succession regulations, neither the child nor the birth parents are eligible to receive an inheritance from the other.

Depending on state law, a kid adopted by a stepparent may still inherit from the birth parents.

According to intestate succession laws, children born during the parent’s lifetime and those born after the parent’s death (often referred to as “posthumous” offspring) inherit.

Unless a child had adopted by an unrelated family, a child born to unmarried parents always inherits from their biological mother. The child typically needs to provide proof to inherit from the father if the parents had never married.

If the deceased person’s “sisters and brothers” or “siblings” had been listed as heirs under intestate succession legislation. This group typically includes half-siblings and may even include half-siblings who had adopted outside the family.

When an Heir Has Passed with no will, then what happens to property in estate planning-

An heir who has passed away obviously cannot inherit; however, if the heir was a close relative, such as the deceased person’s kid. Then that child’s children may be entitled to some or all of the inheritance their parents would have received. It can be challenging to ascertain whether this is the case, but you must do so before transferring assets.

In the article above, we learned that if the decedent died without leaving a will. Then, the estate will be divided evenly between the surviving spouse and legal children. Illegitimate children have a right to receive the equivalent of half of what legitimate children receive.

How Estate Planning lawyer help to reduce the tax burden?

Why You Need an Estate Planning Lawyer

What is the difference between a trust and an estate as per an estate planning lawyer?